Blockchain technology has already made major inroads into industries such as healthcare, real estate, education, and the legal field, and it will soon be having a major impact on the entire economy surrounding mobile apps as well. Its decentralized architecture provides some amazing benefits that practically all industries can take advantage of, and the world of mobile apps will be able to take advantage of these to correct some shortcomings which have become obvious in recent years.

It may appear that the mobile app economy is virtually unstoppable, especially since it’s expected to become valued at about  $6.3 trillion by the year 2021, and because there are literally millions of apps available currently, with more millions being developed all the time. However, there are a few problems which have surfaced which will need to be resolved, if the industry is to continue experiencing the kind of amazing momentum it has enjoyed up to this point.

One of these issues is the process required to make in-app purchases. Although the majority of the world’s population now owns a smartphone, most of those users lack the means to make in-app purchases because the required payment methods, e.g. credit cards, are unavailable to them. Even if a user does have a credit card, the whole process is subject to the possibility of fraud (which other users eventually pay for), gateway fees, card-processing fees, app store fees, and bank transfer fees.

All of that means that in the end, a developer will only receive about 70% of the amount paid for the app. Using the decentralized model of the blockchain, app coins will be used to pay the app store, and a whopping 85% share would then go to the developer. Making in-app purchases will be much easier for users too because they will have app coins to use as a payment method, which eliminates the need for all the credit card processes. App coins will be earned through the reward system, as developers and manufacturers reward users for purchases and for continued usage.

2. Blockchain will improve the advertising model

Advertising by developers is another area that will be completely revamped under a blockchain model. Currently, developers are obliged to invest in cost-per-installment advertising campaigns in order to reach the broadest possible audience. However, this advertising scheme includes a number of middlemen who all get part of the proceeds from sales, reducing the amount returned to the developer. The cost-per-installment approach will be replaced by a cost-per-attention strategy, which rewards users with app coins for the time they spend using the app. All the middlemen are eliminated, and users are rewarded with coins which can be used to make in-app purchases efficiently.

3. Blockchain will streamline app approval and make it transparent

There are two main app stores which supply users with apps today, Google Apps and Apple Apps, and these two bodies make their own decisions on whether apps are approved for sale in their stores or not. The approval process though is arbitrary, undisclosed, and cumbersome, and in many cases downright unfair to newer developers. Under the blockchain model, apps would be approved via a transparent developer reputation system, because the decentralized public ledger will be consulted, as well as the user ranking system for specific developers.

We help you to put your business at the forefront of technological revolution and create the most secure and reliable apps free of hiking and corruption. Learn more and get a free consultation from experts.

There are many under-developed areas of the world where people may have smartphones but have no access to bank accounts or any kind of personal credit system. Blockchain will make that a moot point for any user with access to the Internet will have the capability of establishing an online mobile wallet where coins or tokens can be stored until needed.

This will allow individuals in even the most remote areas to participate in eCommerce transactions, obtaining loans, and transferring money to friends or family without being charged exorbitant service fees by banks or other financial institutions.

As more and more companies begin to adopt blockchain for their reward programs, it will become possible for users to earn tokens for loyalty to individual companies. It is also likely that earned tokens will become applicable for other kinds of services than the ones by which they were earned. For instance, airline travel tokens could be earned for accruing a specific mileage total, and the rewards from that could be used to make free purchases at a coffee shop.

The reason blockchain will revolutionize the mobile industry is the same reason it has heavily impacted so many other industries already – it simply represents a better way. It is far better protected against cyber attack than current technology can provide for because of its distributed architecture.

It has the potential to do away with online payment methods of today, which are slow, cumbersome, over-priced, and still fraught with security issues. When all transactions are highly visible in the public ledger of the blockchain, mobile purchases will be streamlined, safer, and without all the unnecessary processing steps, they will also become considerably faster. 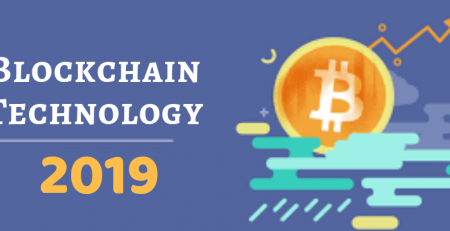 What You Need to Know About Blockchain in 2019

Bill Gates, Co-Founder of Microsoft once termed Bitcoin as “the technological tour de force”. This was meant to indicate... read more 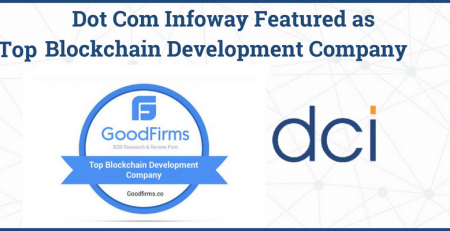 Founded in 2000, it has been almost two decades of long and rigorous service to the web and mobile... read more 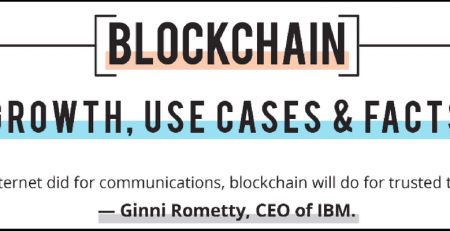 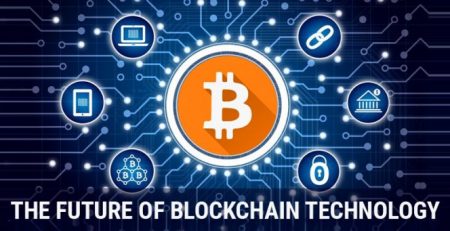 The Future of a Blockchain Technology: Cryptocurrency Wallet Application Development

Blockchain technology stands to revolutionize the way money can be handled. This technology efficiently bypasses the need to have... read more