Mobile app development has been around for quite a substantial time but there is still no shortage of people eagerly lining up to explore and test its waters. Even now, there are still myriad concepts to learn and master. That the field is continually shifting is also part of the reason why continually educating yourself will always be crucial to your success.

Almost anyone who has used a smartphone will have an inkling that apps are usually a direct result of Android & iOS app development. While mobile app development does center on those platforms most of the time, it is also important to look at the other forms that app development takes. Here, we will provide a concise sketch of each one.

Development for the Android platform forms a large part of mobile app development endeavors worldwide. The more than 3 million apps in the Google Play Store (as of 2018) and the over 90 billion Android app downloads that occurred in 2016 alone serve as a very good testament to this. Why? Because it managed to accommodate gamers and enterprises alike.

The platform provides plenty of very ideal solutions to most app problems, and the development tools it provides are, at most, user-friendly, versatile and convenient. This allows them to develop apps that are very amenable to customisation and open to more than one source of revenue. And the fact that it is the most recommended platform to use for startups and budding entrepreneurs only proves this point further.

Businesses normally choose to develop iOS apps, not for the number of customers they can get but to increase brand awareness once they introduce their brand to the Apple Store. Furthermore, Apple enforces comparatively stricter rules for app developers meaning to have their apps listed in their Store. Due to its great potential for business, iOS apps usually focus on enterprises, particularly targeting countries with solid economies like the US.

As the term readily suggests, cross-platform development simply involves developing a single app that can be published on Android and iOS. You get to save more on development costs this way, and working on codes will be minimized as well because you can just reuse it for both platforms. It has also been proven to help developers reach a larger audience.

However, it is not without its downsides, the most significant of which is that cross-platform development usually takes a toll on overall app quality. To avoid these disadvantages, experts suggest properly deliberating on the best framework to use with your chosen mobile app development company.

Native app development takes the purist and sure-ist route by developing separately for iOs and Android platforms. This way, the app has two independent versions that will be able to properly adhere and be more compatible with either platform. Plenty of experienced app developers will be more than willing to rain praises on native app development due to its main advantages like better security, scalability, and faster overall app performance.

Progressive is one of the newer forms of app development and is also often touted as the future of app development. A lofty claim that can be backed up by the technology’s ability to coalesce the functions of web apps and native mobile apps into one.

Certainly, this allows PWAs to provide unprecedented convenience, mainly through their better accessibility; it is similar to easily accessing native-like apps beyond their normally limited boundaries (or platforms), after all.

This type of app development is not so much about the content of the app as the manner in which it is developed. After all, it usually involves having a company develop an app that would be sold to multiple companies and integrated into their brand for use by their clients.

This way, you do not really have to be that invested too much in the app development process. This method has one glaring downside, though, in that it does not afford too many opportunities to make your app stand out due to minimal customisation.

This is often termed as MVPs in the mobile app development, and it is not just because they are fitting initials. After all, this strategy of presenting only the most basic incarnation of your app to users proved itself to be one of the keys to the success of plenty of known brands nowadays like Airbnb and Twitter.

An MVP gives your users the gist of the app, minus other features that will complement its main functionalities. This, of course, means lower development costs and lesser effort and time to complete an app. App owners and businesses deploy MVPs for the purpose of knowing beforehand how the audience will react to the app’s main offerings. Once the target users receive the app well, only then will the development continue to integrate more features. 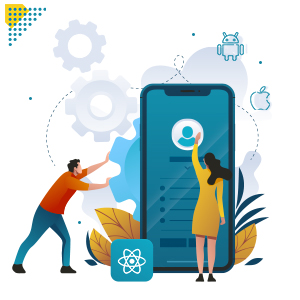 Are You Looking for a Mobile App Developing Expertise?

Dot Com Infoway is a leading mobile app development company, which creates scalable and interactive mobile applications that can amplify the level of user experience to meet any specific business requirements.

1. What Steps Should You Take to Avoid Common Mistakes?

Being in the industry for a long time has afforded us the advantage of pinpointing the usual mistakes that developers make while developing their respective apps. Use this app development checklist for mistakes as a consistent guide to steer clear of these errors:

2. What Should I Look at in Terms of Cost?

First and foremost, you have to have a concrete idea about what purpose your app will fulfill. This should already give you a rough idea of possible expenses. Of course, you also have to pay attention to the platforms you will be developing it on, the company you will partner with and its location, and the general complexity of the project and app.

3. Is It Smarter to Outsource Mobile App Development?

Outsourcing is fairly popular because development costs are relatively cheaper this way and the quality of the app is almost always assured as well. This is as long as you know how to identify a good mobile app development company. Most of the time you simply have to pay attention to these factors when settling on your decision:

What Is a Mobile App Development Checklist?

This is a checklist of all the essential things you need to do before, during, and after the entire mobile app development process. It makes sure you will never miss an essential step and mitigate any potential mistake you might do as you are developing your app.

This should be adequate to give anyone a summary of what factors should be considered in any type of mobile app development project. As long as you keep these things in mind, the chances of long-term success with your app would be greatly increased and for errors to be promptly amended and avoided.