Apple store has revamped their policy on ‘overtly sexual content,’ and has started removing overtly sexual apps. Apple mentions in its SDK kit that “Applications must not contain any obscene, pornographic, offensive or defamatory content or materials of any kind (text, graphics, images, photographs etc.), or other content or materials that in Apple’s reasonable judgment may be found objectionable by iPhone or iPod touch users.”

In the past week, things just got worsen for many app developers who were enjoying loads of download at one stage, were suddenly bombarded with their apps got banned from the App Store. Apple black outs more than 5000 apps that are evinced as inappropriate content, from its App Store and caused a stir in the iPhone community. 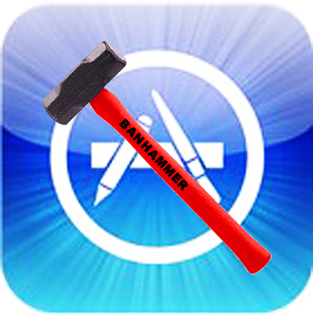 According to AppShopper, 3% of the total number of apps has been removed in the App Store. In prior to the launch of its new iPad tablets, which is said to be a device for families and schools, Apple has purified the App Store by eliminating sexual content apps. But there are some exceptional cases, in which some apps enjoys superiority with the new guidelines of Apple. It has been found that the iPhone game app, Daisy Mae’s Alien Buffet has been removed from the App Store just for the reason that its cartoon heroine wears a bikini, where as it is not the case with official Playboy app, which remains on sale, as like numerous other applications that could be considered to feature “overtly sexual” content.

Now if you are an app developer, you should be aware of the must follow Apple’s guidelines to prevent the App store rejection:

“It came to the point where we were getting customer complaints from women who found the content getting too degrading and objectionable, as well as parents who were upset with what their kids were able to see”

Now Apple has sent official response to the iPhone application developers by stating the reason behind their app removal and advised them to resubmit the app by making necessary changes that would compromise with their new guidelines. So as of now it seems the removed apps can be considered as dead apps as it almost looks impossible for such explicit apps to satisfy the latest Apple guidelines from now on.