So you are a post graduate. Ok. Let’s make that a double-degree. Ranker. Etc. Etc. The numbers on your mark sheet make you beam. Your parents walk three foot above the ground, especially when neighbors are around. So, everything is falling in place.

And then, you want to work for a company. You await the recruitment ad. When the ad comes out, you see some new requirements and some new numbers.

You are stumped. And you wonder, what’s changed with the world. After all, Orkut and Facebook were banned in college. And the only ones who used to spend time over there, were ‘losers’! At least, that was what you were told. And then the doubts start creeping in. About the job. The company et al. 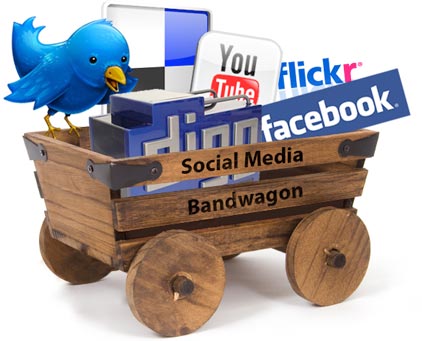 You think that all of that is a wave of imagination in a jobless mind. Well, think again. The ‘250 followers on Twitter’ was an actual requirement that was put out for a Social Media Managers job by BestBuy. A debate has been on, on the internet, about why that’s not a real test. Perhaps Twitalyzer should be used. And a combination of other social media are also suggested!

Yes. Alternatives and additions are being suggested. But the plank of using social media tools as a measure, during a candidate hiring process in various organizations is catching up. ‘Googling’ a candidate is a very prevalent practice in many organizations!

As more and more people are beginning to spend more time with social media tools like Facebook and Twitter, they become an extension of the people themselves, thus providing recruiters with a more comprehensive picture than what emerges from the interview!

The case of the ‘Cisco fatty’ is a big case in point. A job applicant at Cisco tweeted, “Cisco just offered me a job! Now I have to weigh the utility of a fatty paycheck against the daily commute to San Jose and hating the work”

Tim Levad at Cisco saw the Tweet, and tweeted back: “Who is the hiring manager. I’m sure they would love to know that you will hate the work. We here at Cisco are versed in the web.” And the internet was abuzz for many days about this!

These days loads of people that I know log into twitter to get 1st hand reviews of movies. And in 140 characters, I get super crisp recommendations. In fact, Hollywood has seen movie houses hire social media specialists to write and tweet about their movies, all through the launch and beyond, to create a positive vibe.

If thats the case with movies, as someone said, ‘the show is always on’ in real life! And each one of us are our best marketers. Social media tools become an important tool for moving ahead. Especially in the modern times where everybody peers into a screen and strokes a mouse!

And so there you are. If you are already into social media, use it responsibly. If you are not, get into it!

Maybe your next job will depend on it!