But what’s the place for Buzz among other social sharing websites? Is this really a new revolution in the social media space? Here’s is an analysis. 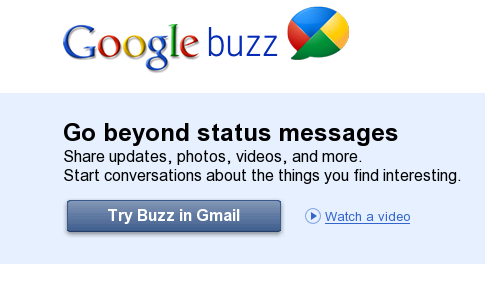 What is Google Buzz all about?

Social media has become a profitable industry with new innovations peeping in everyday. Social media is a great tool for knowledge transfer, particularly when it comes to sharing personal and current information. Buzz, the recent addition to social media family, has made lot of buzz over the past weeks and is expected to do more, but the question is, is it worth all the hype?  In simple words Buzz is a platform which connects Google products at one hub.

There are mixed reactions from Gmail users. To sought out that we took Mashable polls results to get clear depiction of user minds. Here are the results (Results are up to 11/03/2010)

Poll Question: Google Buzz: Will You Use It? 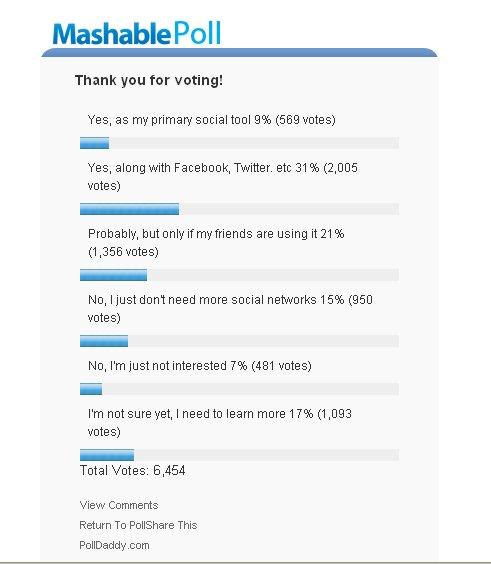 From the above image certain things are pretty clear, people like to use Buzz as another social media tool and they don’t want to mix it up with either Facebook or Twitter.

Many agree the point of privacy issues with Google Buzz. Some of its features really annoy and threaten to kill our personal space. The most common complaint among Gmail users is Google automatically signed up Gmail users for Buzz and this service has been publicly exposing user connections to people who they talk often. There is another controversy which is gaining momentum these days – Buzz reveals your email id to a stranger as it uses your email username as profile id. This means easily revealing  your email address to hacker.

Soon after many complained against privacy issues with Buzz, Google came out with some upgrades to its Buzz. Auto-follow feature has been changed to auto suggestion feature and you have the ability to completely kill your Buzz presence. Recently Google has promised to include another feature “mute” option. Hope so Google will fix all those security issues.

Until or unless Google comes out with a solution to protect the privacy of users, Buzz’s future is a little uncertain. This is not a new scenario for Google, as their earlier products like Orkut and Friend Connect did not meet up the expectations. May be that could be reason for Google to integrate Buzz within Gmail and motivate people to engage in buzzing. But Google’s dreams seem  reluctant. Many of the Buzz users are not happy with Gmail integration. The point is Gmail is widely used officially, so integrating social media tools with it, is a foil for the privacy and importance of the email service.

What can be done?

Overall, Google’s effort has to be appreciated and the reason for all these mess is the failure of Google engineering imagination to deal with the reality of human interaction.