Facebook has become the most-popular social network in the world. The company has been ahead in competition since 2009 in countries like Brazil, Mexico, India, and more. 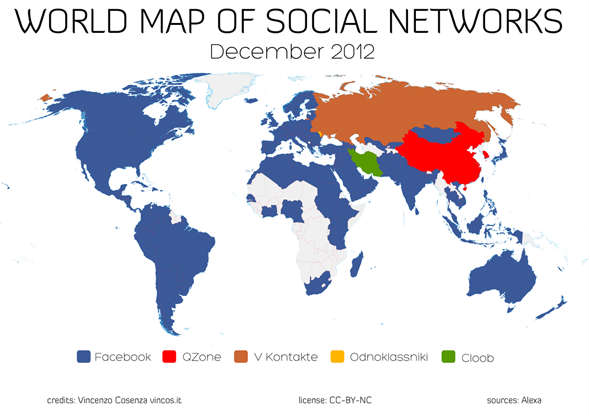 Vincenzo Cosenza, social media analyst has been keeping track of Facebook for the past three years, and has updated his “World Map of Social Networks”. A GIF clearly explains Facebook’s global takeover, from 2009 to the present. Facebook has taken over 127 out of the 137 countries, according to Cosenza’s analysis.

Though Facebook has not established its reign in some Asian countries, it is obvious that the company has got nearly 1 billion+ users from Asia. According to the report, the most-used social networking websites around the globe are Facebook, QZone, V Kontakte, Odnoklassniki, and Cloob.