Facebook is said to be testing a new feature which lets users convert their digital photos into physical postcards and send them to friends. Started initially as a hackathon project, ‘Mail A Postcard’ is powered by Sincerely, the makers of Postagram.

Using this postcard service, users can send their own photos or those of their friends. Facebook will send the postcards and users will be charged a small fee for the service. The company is working on different price points before finalizing the cost.

Select Facebook users who were able to test the feature explained its working. A ‘Mail A Postcard’ button was found at the bottom of the photo being viewed. On clicking the button, the user is prompted to enter the mailing address of a person. 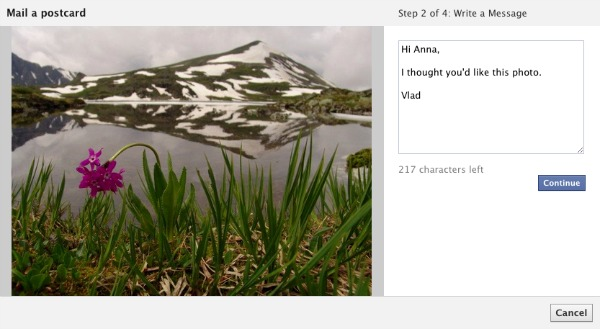 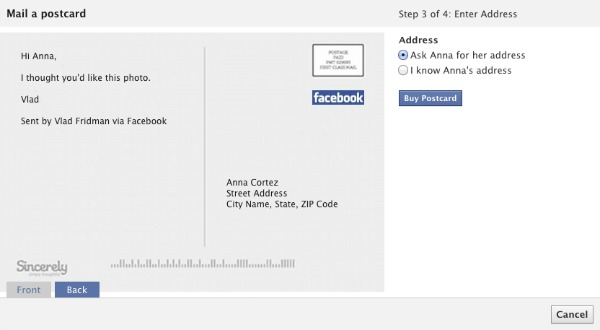 Like a regular postcard, the photo is displayed on the front and the address and note are on the other side. Testers say that, at present, they were able to send only their own private photos and not public ones.

When it is officially launched, the service is expected to be a huge revenue booster for Facebook. The company is yet to release its official confirmation about the feature.