Apple has just released iPhone OS 3.1.2. The updated iPhone OS fixes important bugs, especially some “sporadic and intermittent” issues, according to a statement from Apple.

If iPhone OS 3.1 was genius all over, iPhone 3.1.2 is all about bug-fixes. At last, Apple goes for a much-needed patch – it nails the bug that caused the phone’s latency in waking from sleep. Calling it a “sporadic” issue, Apple says the new OS will cure the phone’s failure to wake from sleep mode.

The update also resolves network disruption issue, which caused interruption of cellular network services until restart. This new OS also fixes the occasional crashes that happen during video streaming. The new OS is 247.1 MB in size and is compatible with iPhone, iPhone 3G and iPhone 3GS. To switch over to iPhone 3.1.2, you can plug your phone to your PC and update through iTunes.

It can be remembered that we had surmised a few points on what we expect from the next iPhone OS update in a previous post. We had predicted the next update to be iPhone OS 3.2 or 3.3. Our iPhone OS wish list consisted of bulk email select options, more photo sharing features etc. Though Apple has slightly dampened our expectations with a sudden iPhone OS 3.1.2 update, our hopes are not completely lost. This is just a minor bug-fix update and a major one is yet to come. We’ll stick to our wish list till we see a major iPhone OS update – iPhone 3.2 or 3.3, whatever it might be. Contact us for iPhone App Development Services 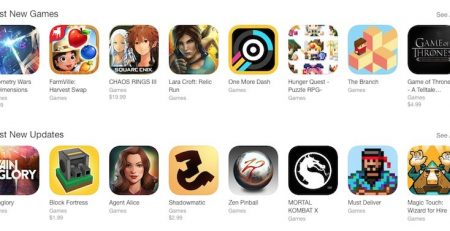 Apple is said to be preparing for the launch of a 128 GB iPad with Retina Display.(more…) read more

Apple is gearing up to announce the release of its 4.8-inch iPhone Math and 4-inch iPhone 5S in June... read more