Myspace Up For Sale

Myspace Up For Sale

News Corp is offering Myspace for sale. Myspace’s CEO Mike Jones has confirmed this news and he is waiting for venture capitals and firms to make a good offer. Two months back, Myspace slashed almost half of its employees, around 47 percent of its global staff. Wow, that is a lot! Myspace was very popular once upon a time. After Facebook took over the entire social network, people at Myspace struggled to keep the website alive. 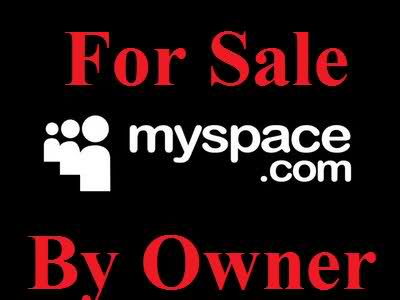 News Corp announced that it was going to sell Myspace in an earnings call in February. But News Corp’s earning report sounded positive reporting that the Myspace users have increased after restructuring and the share values have increased. “We have seen some encouraging traffic metrics in the last several weeks; however, we recognize that the plan to allow MySpace to reach its full potential may be best under a new ownership structure”, chief operating officer, Carney said during the earnings call.

News Corp purchased Myspace in 2005 for $580 million, the time when Facebook was suffering a net loss of $3.63 million and was less popular. Myspace had a large user base then. But all that changed very quickly. Users started jumping to Facebook and in 2009 things took a turn for the worse and in spite of redesigning and restructuring, Myspace was  not able to make a comeback.

It is not clear who the buyer would be or how much News Corp is going to earn by selling Myspace. But the Wall Street Journal which shares a parent company with Myspace says that News Corp is attempting to get at least $100 million out of the sale. It also lists a number of companies like Redscout Ventures, Thomas H. Lee Partners, and Criterion Capital Partners LLC as possible buyers.

Now the question is who will buy Myspace for $100 million?

Dot Com Infoway helps clients market their products/services through cost-effective  Internet Marketing and Social Media Marketing solutions. To get a free quote for these services, contact us.