Top Reasons Why your Mobile App Fails & How to Make it Successful?

Top Reasons Why your Mobile App Fails & How to Make it Successful?

A whopping two-thirds of mobile apps fail to hit the 1000 download mark in the initial year after launch whereas 24% of users abandon apps after the first visit. These entire statistics highlight the harsh realities of the challenging environ under which mobile apps exist.

To put things into perspective, we are going to take you through the top causes of mobile app failure and turn over a new leaf.

Some apps are unsuccessful, after a short tenure, due to lack of original material. The haste and desire to have a running app lure app developers to duplicate other apps which definitely bear no fruit. Primarily, app owners should take their time to research, evaluate and come up with a unique app. It is also advisable to make use of the Unique Selling Proposition (USP) to elaborate on the relevance and uniqueness of the product.

If you succeed in establishing a unique app then you are on the right track to achieving success.

Substandard Research on Market and Competition

In a number of scenarios, mobile app development fails due to poor research. App developers should be always on the lookout to establish what their competitors are doing. Focus on areas such as;

The app making world is oversaturated with millions of apps been released annually. Given this reality, many mobile apps dwindle due to poor branding, promotion, and advertising strategies. That said, it is fundamental for web developers to be conversant with the best ways to go about promotion and advertisement.

One strategy is to come up with ads to be aired on video streaming channels, social media, or mainstream press. Ensure that the content is objective and includes the salient features of the app to captivate the target group. Subsequently, launch timely promotions such as demo videos and use great screenshots.

As for branding, the first step is to use a unique app icon and title. These two portray the image of your mobile app telling users of what to expect from the product.

Lack of Capital and Resource Investment

Most mobile app developers fail purely on the basis of the insufficient capital investment. This obstacle often arises due to financial constraints or poor planning and strategizing. In essence, the more your app grows, the more resources required for maintenance and addition of features.

It is thus crucial for you to formulate a solid plan, both overall and monetary, to meet these needs. Nonetheless, app developers should not despair into putting their money into developing the app. At the end of the day, a successful app stands to gain greatly from the nearly 4 billion worldwide mobile app users.

If your users are always dissatisfied then your app is on the blink of flopping. Some of the areas where web developers should check to avoid this are:

With the myriad of mobile apps for users to choose from, it is likely that they will go for compatible ones. It is thus important for developers to perform rigorous app tests before launch. This should be done on various platforms to verify aspects such as compatibility and bugs.

Still, there is the question of whether to go for in-house testing or outsourcing. Well, due to financial limitations, a number of developers may prefer having internal tests done by their team. The pro here is that members have full control of the activities. Nonetheless, it is limited in terms of resources and tools compared to outsourcing where specialists who are passionate and detailed come in.

Another piece of advice is for app owners to always use cyclic testing tools. Keeping in mind that app development is not a one-time thing. Continuous tests will help upgrade and check its performance visa vie user demands.

Last but not least embrace the use of MVPs or iterative processes. In simple terms, the minimum viable product (MVP) is a technique used to study the reaction of the initial users to the app. Instead of releasing the full-blown app on the market, you release a product with the basic features to the initial target customers.

The aim here is to sell the vision and goal of the app which will help to improve the final app product.

If you have limited information regarding mobile app monetization then you are in trouble. However, since we do not want you to be in such a dilemma it is important that you learn more about this. Firstly, developers with free apps can make money on their platform by including a prompt such as ‘Pay to access’. This will entice and trigger users to part with some amount to enjoy the extra features. Other ways include:

The success of a mobile app goes beyond development and design. Once you have finalized with mobile app ready for release, the next step is to strategize on how to perfectly launch your product. Below are some best practices on how to go about app launch.

To spread the word, developers need to reach to the press. This may be reporters, bloggers, vloggers and TV pundits. Give a sneak peak of your mobile app and why users should download the app. Moreover, on the day prior to the launch, make time for interviews and press release. 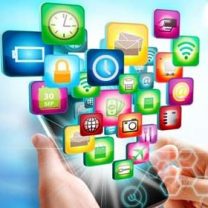 The app development guide from Dot Com Infoway will outline the signs to help you determine whether you need a mobile app for your business, the benefits of having an app, and the keys to creating a successful mobile app.

Ignorance of Feedback and Customers

What better way to learn about your mobile app that from user feedback? However, only a few developers pay attention to this section thus miss to meet user needs. It is recommended that you add a feedback and comment option on your app.

Once you have this feature, it is upon you to go through the feedback provided. Some of the comment may be a bit harsh while others may be appraising. From here you will note where you need to improve. It may be the slow response time, interface or service provided.

How will your app change the life for users?

What solutions does the app offer?

These are but some of the questions that an app developer ought to ask him or herself. Not once, not twice but a thousand plus times where mobile app have failed to meet expectations due to lack of conceptualization.

After knowing what you want to do, dig deep and undertake thorough research on the app. Check on the history, trends, market value and competition linked to the app. It is thus important to take your time here before you invest in this venture. The last thing you want to see is your dreams dismantling before you reap the fruits.

2. Wrong Team for the Job

Your app may have failed during the assembly of the work team. This is factual. Having a misplaced team for the job will lead below average results. Nevertheless, you have a chance to redeem yourself and come up with a successful app. The difference this time is that you’ll have to research and be thorough in vetting those you going to work with.

As you develop your app think of different situations and scenarios that users may be in. For instance, a user may be looking checking for directions on your app and midway he encounters connectivity glitches.

Does it mean that he’ll get lost or stop using the app?

No, he shouldn’t. This and many other circumstances call for the development team to go beyond online services and provide offline functionality.

App developers should not always assume that all their users have internet services. Statistics indicate that Africa and Asia have the lowest internet access at 35.2% and 48.1% respectively. The more than half population left out provides a potential customer base to tap into and convert to your app.

In this lucrative field, it is cumbersome to make it on a solo ticket. What this implies is that app developers should reach out to other stakeholders and partners. These players are resourceful in investing and pushing your app to greater heights. For instance, some players will chip in social sharing, others in IT expertise, data security and so forth.

Furthermore, the more stakeholders involved the more recognition and credible your app receives.

Successful apps such as Uber, Spotify and Netflix did not get here instantly. They started off small and gradually grew to the millions of users they enjoy now. Subsequently, mobile app developers have to learn to be critical with both trivial and main steps in achieving overall app development.